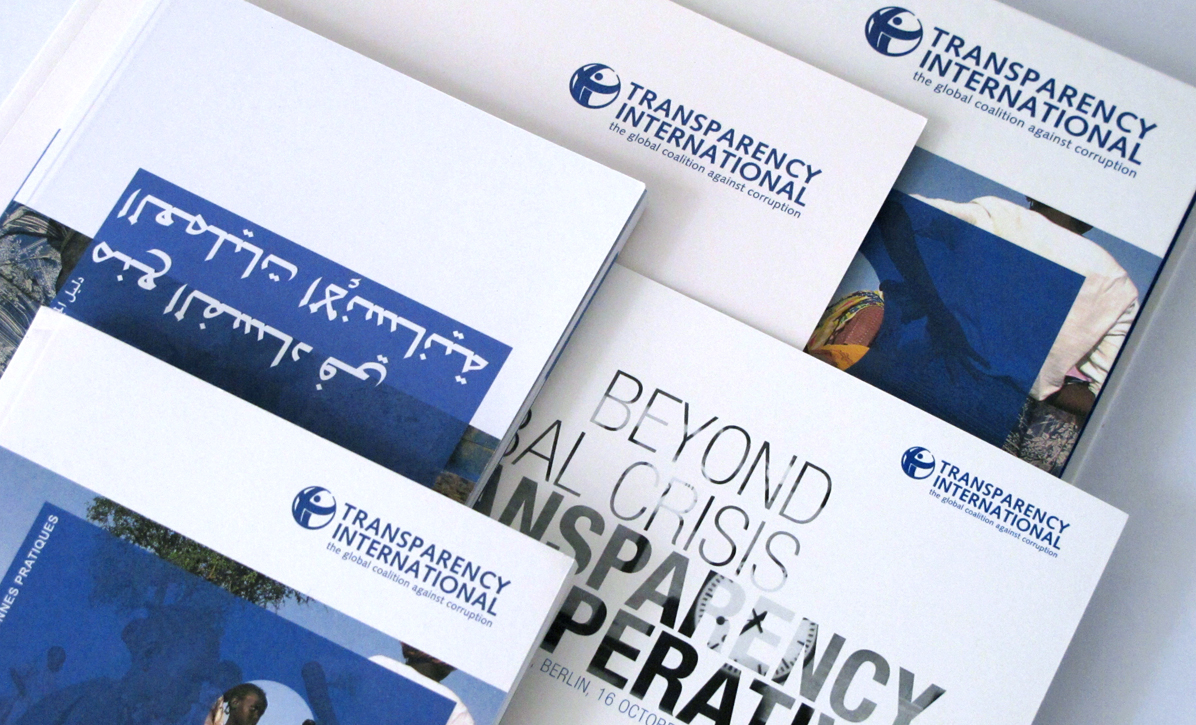 
The challenge
The organisation “Transparency International” works on a global level against corruption. The task was to find a visually diverse language that would unite all the projects on the one hand, but still make a certain life of its own possible on the other, depending on the topic and country.
The solution
The design feature of the publications is the text/image language. Cut images are strongly interlocked with the text layer to illustrate TI’s work focus and to visually translate the often very analytical reports. The numerous print media appear in up to five languages (Spanish, Portuguese, French, Russian, Arabic). 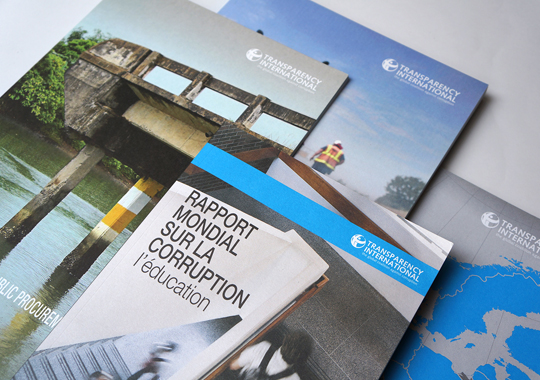 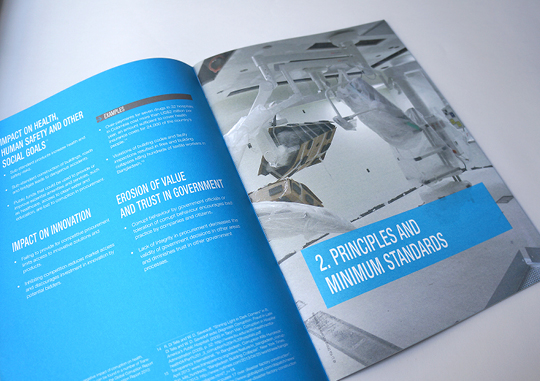 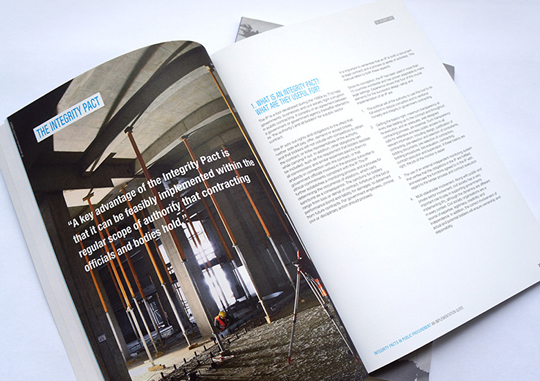 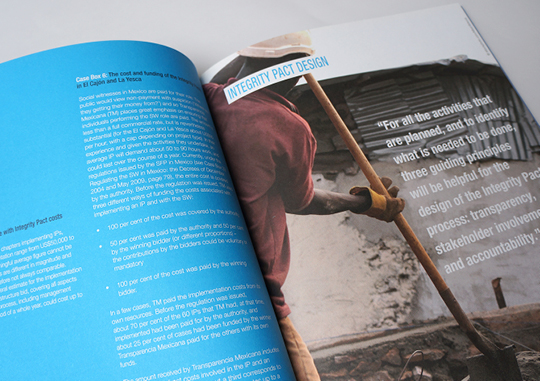 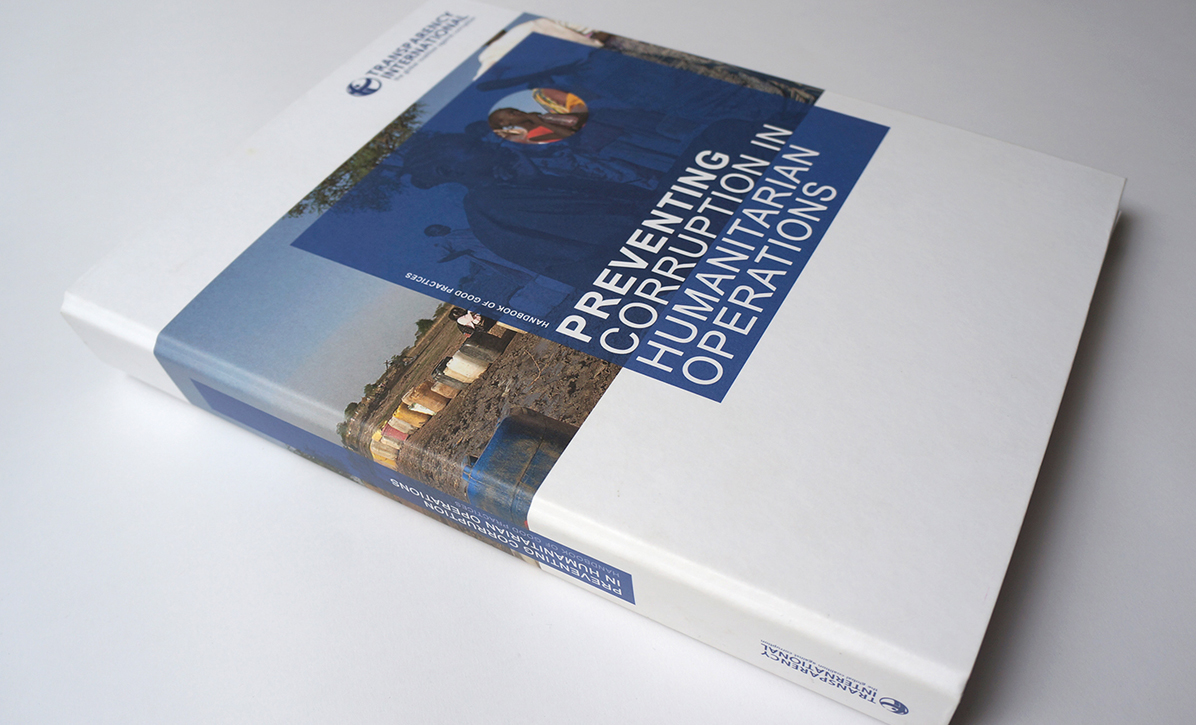 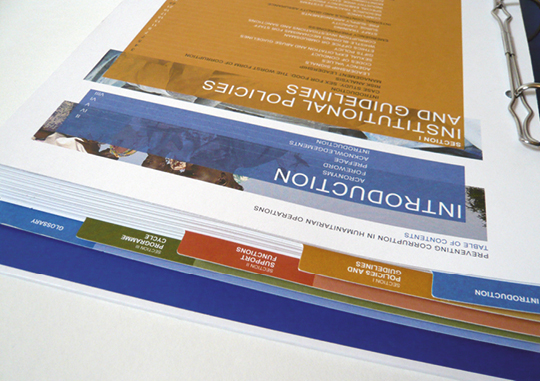 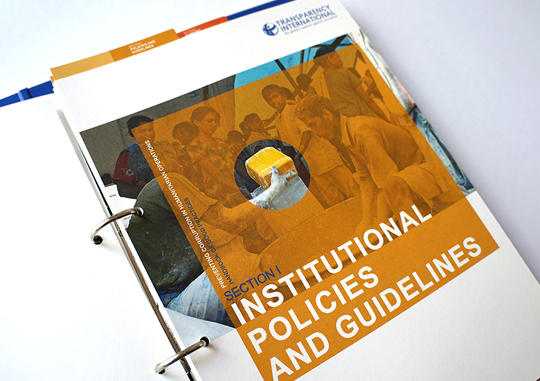 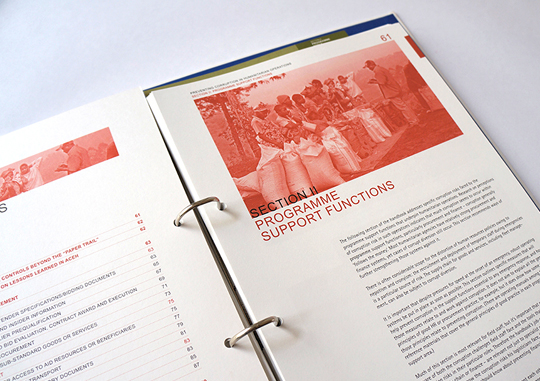 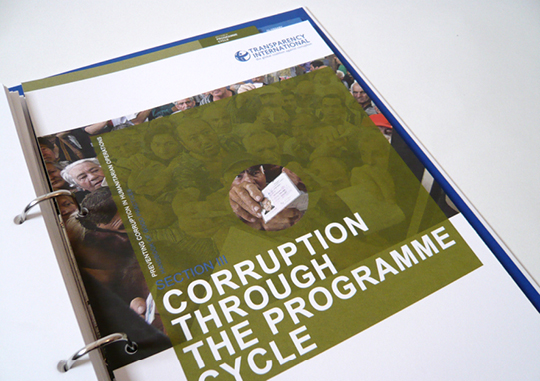 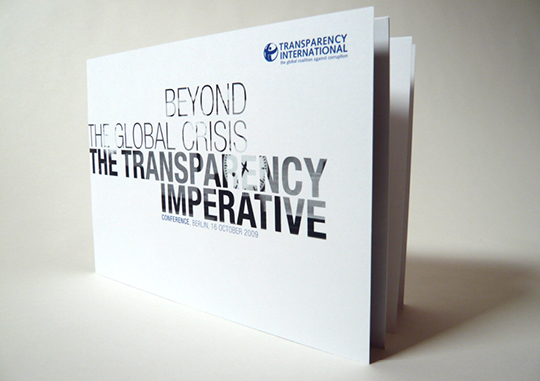 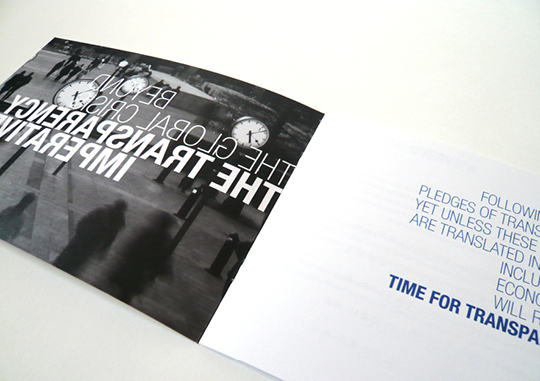 Logo for an Event 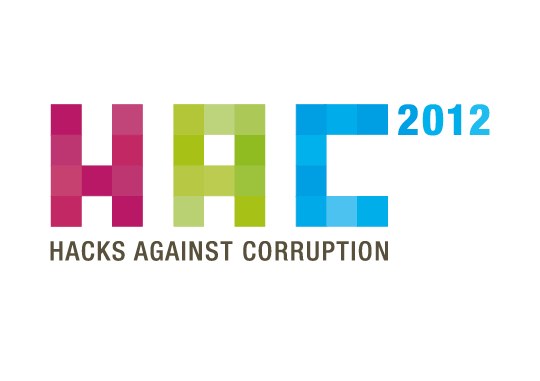 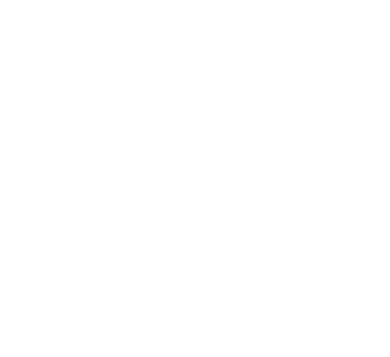 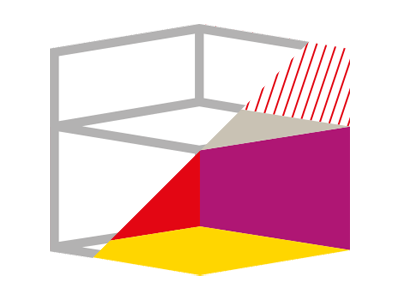 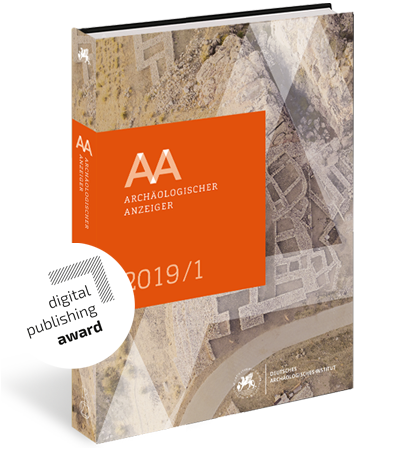 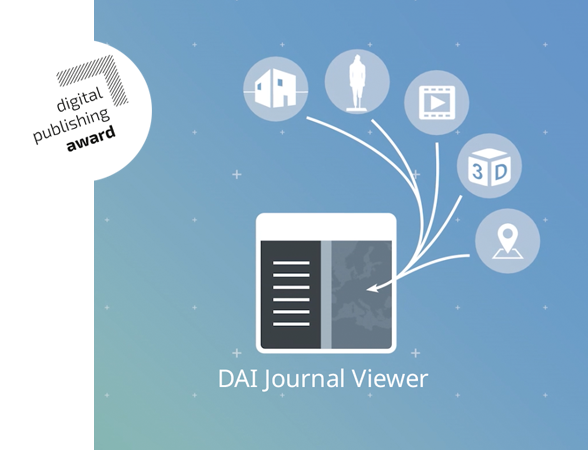 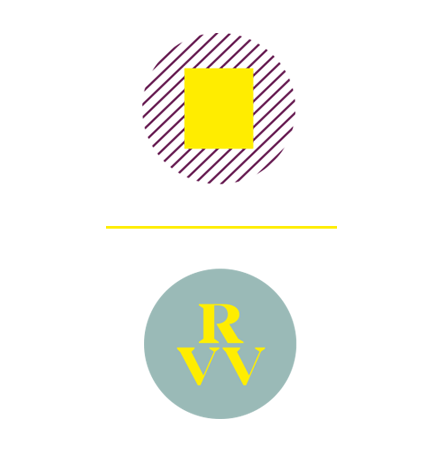 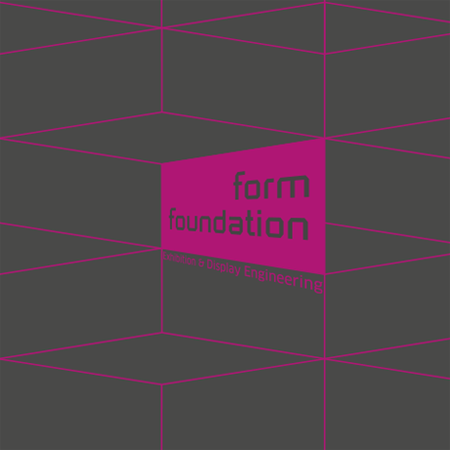 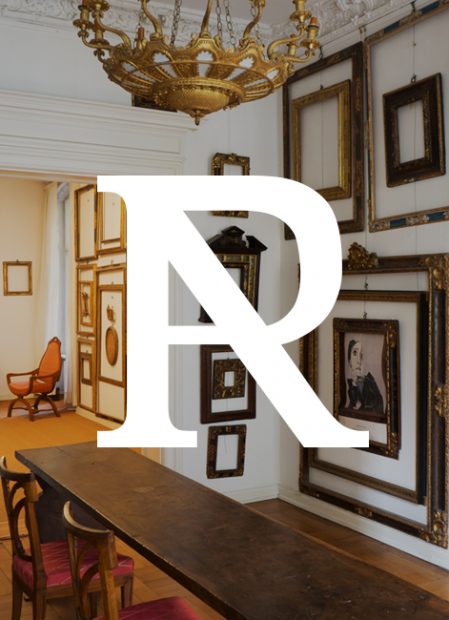